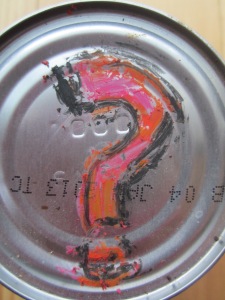 Note: My apologies. This post failed to clarify all the issues surrounding iodine, thyroid hormone and cancer. Low thyroid function may protect against cancer, so what does that mean for our diets?  I’ll be publishing an update as soon as I can get some smart experts to explain all the confusing info out there.

Last week the Environmental Working Group  (EWG), a consumer health group, released its handy lists of more than 250 brands of canned foods– -those with and without bisphenol A (BPA), a compound used in plastics and cans that seems to wreak havoc with hormones.

Why wasn’t Eden‘s canned beans on the green list?

To its credit, Eden has been at the forefront of providing clean containers for consumers. Its beans don’t contain BPA or BPS (bisphenol S), a related compound that some companies have started using instead.

Unfortunately, BPS and other substitutes are also turning out to be xenoestrogens, compounds that act like estrogen in the body. Xenoestrogens may be what’s turning male frogs into females and making fish larvae hyperactive.  And we women who fill our pores with beauty products and inhale gases in nail salons surely don’t need more xenoestrogens from foods.

Strike 1: The boycott of Eden foods by people upset with its owner’s anti-abortion stance had nothing to do with EWG’s decision.

Strike 3: Or is it a walk? Eden’s beans are made with kombu, a seaweed rich in iodine; three 1/2 cup servings supplies all our daily iodine needs (150 mcg minimum, according to official nutrient requirements). Just 1/2 teaspoon of iodized salt does that, too.

So do you need more or less iodine in your diet?  That may depend.

Over the past several years, studies have emerged showing that people with low thyroid function may be less likely to get cancer and better likely to survive it than people with hyperactive or even normal thyroids.

––and these studies in prostate and breast cancer, both estrogen positive and negative

–and this study of the ovary’s granulosa cells, in which my cancer presented more than two decades ago, when I was 38.

Thyroid hormones promote angiogenesis. That’s the process by which cancer cells grow blood vessels and then spread throughout the body.  And iodine in the diet is crucial for producing thyroid hormones.

But iodine’s tricky. Excess iodine as well as deficiency can both be dangerous. So what does that mean for our anti-cancer diets? Stay tuned for next week’s interview with a cancer researcher who can answer that question.

4 thoughts on “Anti-Cancer News: Canned Beans and the Garden of Iodine”